Las Vegas  is the most populous city in Nevada, United States and the seat of Clark County. Las Vegas is an internationally renowned major resort city for gambling, shopping, and fine dining. The city bills itself as The Entertainment Capital of the World, and is famous for its casino resorts and associated entertainment. A growing retirement and family city, Las Vegas is the 28th-most populous city in the United States.

Las Vegas is situated within Clark County in an arid basin on the desert floor, surrounded by dry mountains. The Spring Mountains lie to the west. Much of the landscape is rocky and dusty; the environment is dominated by desert vegetation and some wildlife. 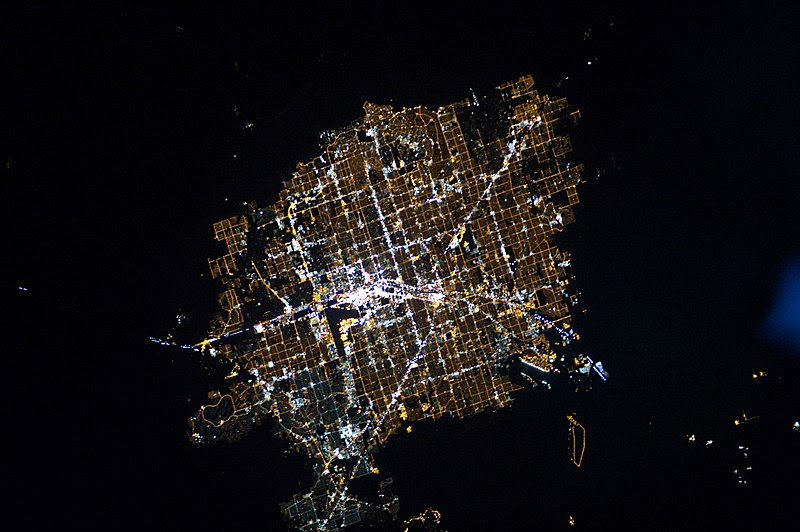 With its high roller lifestyles and neon glitz, Las Vegas can quickly take you down to your last dime. But don’t worry, you can still enjoy its hotels, restaurants and entertainment on a shoestring, starting with The Strip (aka Las Vegas Boulevard).


The Strip AKA Las Vegas Boulevard

"The Strip", a 4.5-mile stretch of Las Vegas Boulevard is home to some of the world’s largest hotels.

Casinos and Attractions in Las Vegas

The Fountains of Bellagio is a vast, choreographed water feature with erformances set to light and music. The performances take place in front of the Bellagio hotel and are visible from numerous vantage points on the Strip, both from the street and neighboring structures. The show takes place every 30 minutes in the afternoons and early evenings, and every 15 minutes from 8 p.m. to midnight. Before a water show starts, the nozzles break the water surface and the lights illuminating the hotel tower turn to a purple hue (usually), or red-white-and-blue for certain music. Shows may be cancelled without warning because of wind, although shows usually run with less power in face of wind. A single show may be skipped to avoid interference with a planned event. The fountain display is choreographed to various pieces of music, including songs by Andrea Bocelli, Frank Sinatra, and Gene Kelly.

Many professional poker players prefer to play at the Bellagio poker room, calling it their home base (or more commonly "The Office") due to the high table limits, including the high stakes Big Game located in "Bobby's Room", named after Bobby Baldwin.
Bellagio has also partnered with the World Poker Tour to host several of their tournaments.
The hotel also contains a Conservatory and Botanical Gardens. The displays are changed out five times a year and reflect the current season (winter, Chinese New Year, spring, summer, and fall). The Conservatory is located next to the lobby of the hotel and is open to the public.


New York is one of the most charming casinos in Las Vegas. It's facade recreates the Manhattan skyline.


Luxor hotel/casino is very easy to spot from the Strip because of its unusual pyramid shape.


The Venetian hotel/casino recreates the city of Venice complete with copies of the Doge's Palace, the Campanile and the Rialto Bridge.

Excalibur Hotel/Casino recreates the medieval world of King Arthur. The exterior of the hotel with its towers, turrets, a drawbridge and Merlin sitting in a balcony makes you believe you are in fact at Disneyland.

Stratosphere is located at the northern end of the Strip, away from the main attractions, but a visit here is well worth it. The resort has one of the Las Vegas landmarks, the Stratosphere Tower which is 1149 ft (350 m) tall. From the top of the tower you get great views of the city.

Treasure Island is Located on central Strip next to its sister resort, the Mirage. It is best known for the entertaining pirate show that takes place here a few times every night. The show is running three or four times daily.

The Star Trek Museum is a "museum" where you'll find a very serious Star Trek timeline and a few displays with costumes and all sorts of devices used in the series. They have two interactive shows, with real actors playing the part of the crew.

Circus Circus, the world's largest permanent circus is a family themed resort located at the north end of the Strip. it has been a family favorite for years. With circus acts at the midway, thrilling rides in the Adventuredome and gourmet dining at The Steak House, this hotel has something for everyone.

The Auto Collections at Imperial Palace is entertaining for car aficionados and even those who wouldn't typically give cars the time of day.Located on the fifth level of the Imperial Palace Hotel & Casino self-parking facility, The Auto Collections showcases 300 classic cars including racing cars, muscle cars and much more. Since the exhibit is constantly changing, you'll never see the same set of cars twice. You can buy a car here, but even if you don't have the thousands of dollars to spare, you can stand by these beauties and take as many pictures as you want. It's not every day you get to see rows and rows of Rolls Royce cars as well as old-school Ferraris, Corvettes, Impalas, Volkswagen Beetles, military vehicles and much more.


The Fremont Street Experience in Downtown Las Vegas. The most impressive light show is the one that can be seen every night on the hour on Fremont Street, starting with 6.00 PM. Viva Vision features shows like "Bad to the Bone," a wild motorcycle ride with the bad boys of rock as well as "A Tribute to Queen," where visitors can listen to "We Will Rock You" and "We are the Champions" while admiring the stunning graphics above.


Viva Green Vegas, the new, massive CityCenter complex in Las Vegas is eco-friendly. It houses a river—84 feet long, Maya Lin–designed, and made entirely from recycled silver—that is part of a multimillion-dollar art collection. CityCenter encompasses three other hotels besides Aria, connected to an indoor shopping area nearly the size of two Manhattan city blocks, along with 2,400 private residences and more than five football fields’ worth of convention space.

Stop in at the Don Pablo Cigar Company and watch workers roll cigars by hand.

M&M's World features exhibits like an M&M's color mood analyzer, a replica of the M&M's NASCAR race car, and a 3D movie. Occasionally, the store in M&M's World will hand out free samples of new products.

The Flamingo is home to no shortage of its namesake birds. Walk along the streams of Flamingo's Wildlife Habitat to see flamingoes, swans, and other animals not native to desert Nevada.

The world's largest gold nugget on public display, the Hand of Faith, is inside the lobby of the Golden Nugget. While there, also view a collection of unique gold nuggets from Alaska.

While you're in the Venetian, be sure to see living statues, gondolas, street performers, and music inside the courtyard of the Grand Canal Shoppes. The Gondolier March takes place daily at 9:45 a.m. and 4:15 p.m., and the street performers entertain daily from 11:30 a.m. to 8:30 p.m.

Head over to the Mirage to see the Secret Garden and Dolphin Habitat. The Mirage's lush habitat is home to Siegfried and Roy's famous white tigers.

Caesars Palace's version of the water show uses lifelike animatronic figures to act out the myth of Atlantis in the Fall of Atlantis Fountain Show.

Bally's Indigo Lounge is a nice place to sit and enjoy the live piano music.

Learn all about Las Vegas's history or the history of gaming and gambling at the University of Nevada-Las Vegas's Lied Library Special Collections.

The Marjorie Barrick Museum of Natural History offers impressive displays about the history of American Indian cultures in the southwestern United States, desert life, and the history of ancient Mexico.

Stop by the Anderson Dairy for a free barnyard tour of the dairy processing plant.

Take a walk through the Arboretum and Xeric Garden on the University of Nevada-Las Vegas's campus, located east of the Strip. The Arboretum covers the entire 335-acre (135.5-hectare) campus, showcasing trees and plants native to the area.

Dubbed one of the seven wonders of modern engineering and ranked as the second-highest dam in the United States, Hoover Dam is located about 30 miles (48 kilometers) southeast of Las Vegas on the Nevada-Arizona border and worth the 30-minute drive.

Biking, hiking, camping, and climbing are just some of the popular activities offered at Red Rock Canyon National Preservation Area.